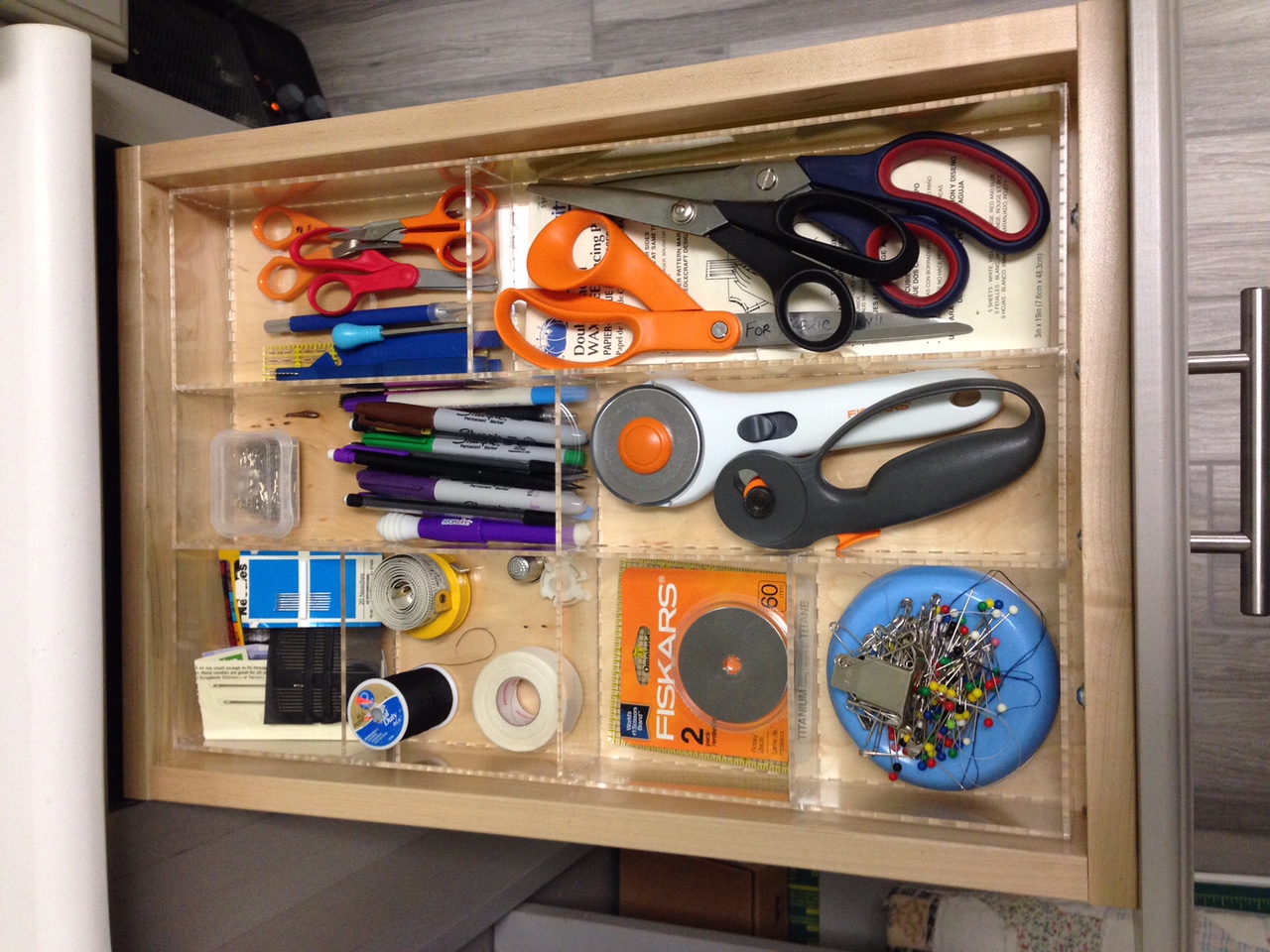 I’ve seen it time and time again with folks who’ve gotten all excited about creating order in their lives. They run out to buy a bunch of prefab organizers, set them up, and are initially thrilled with how much better their space functions – hooray! Then a week or a month (or even a year) down the road, their systems aren’t working as well as they used to. All of a sudden, they can see the built-in flaws hiding behind their shiny new gadgets. And that’s when they start talking to themselves:

“This would work so much better if one section were designed to _____. Why has no one thought of that?”

“I wish they made one that stores _____.    They’re totally missing out on this segment of the market!”

HAVE IT YOUR WAY

The problem with a good many off-the-shelf organizing products is that they box you in – there’s no real flexibility in how you can use them. And to be fair, it’s not the manufacturer’s fault. (Mass-produced merchandise almost always ends up dumbed down to the lowest common denominator – so it will appeal to a large number and wide variety of consumers, without costing an arm and a leg.) There are as many different ways to organize as there are people on the planet. And these companies’ only failure is that they can’t even begin to imagine the millions of different ways each individual human being might try to utilize their products. (Let’s be honest – even if they could, creating an assembly-line solution for every need is logistically and financially impractical.) But the good news is, there’s a better way. With customization, you can have a completely unique organizer made on the spot to your exact specifications – designed to perfectly suit your tastes (like a Whopper), instead of how someone else THINKS you want it!

Another issue I have with pre-made systems is that they rarely offer adequate room for growth. I don’t know why, but every container I’ve ever met seems purposefully constructed to just barely accommodate what you own right now – with no extra space for the new stuff you’ll bring into your life later on. (Here’s a good rule of thumb to follow – even after downsizing and minimizing, 15% of your storage should be left free for future acquisitions.) No matter how much you wish they made that same style a tiny hair bigger, you have to take whatever’s currently available on the market – even if doesn’t quite meet your needs. Or do you? Want it deeper or wider or longer? No problem! With a customized organizer, you can have whatever size you like! 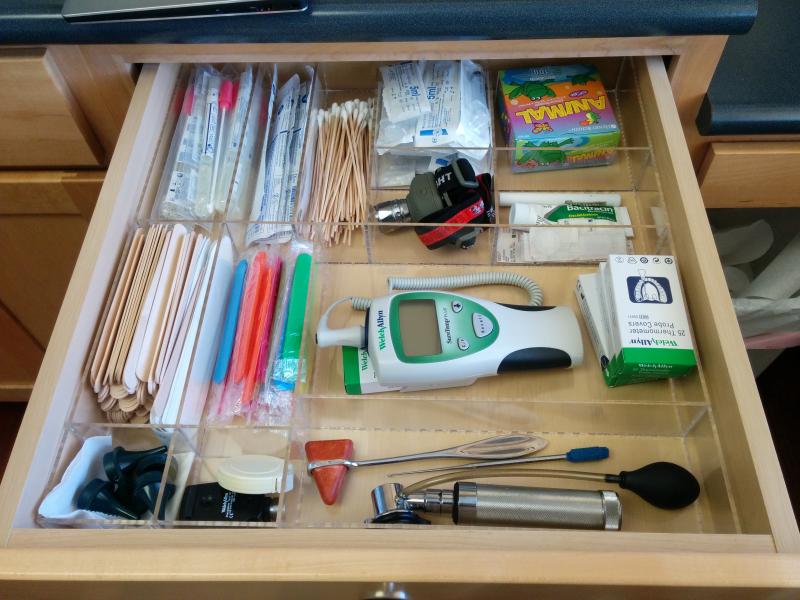 THINKING OUTSIDE THE BOX

What if you’re attempting to organize something that no one else has seemingly EVER tried to store before? (Or so you assume, based on the total lack of containment options for that class of stuff?) Maybe instead of everyday kitchen/bathroom/office supplies, you need a place for your collection of antique pill bottles – or a way to break buttons out by color and style – or a systematic home for thousands of different-sized allen wrenches. Just because the big box stores haven’t made it a priority, that doesn’t mean your unusual storage needs are any less important than those seeking a home for paperclips and toothbrushes and silverware. One final benefit of customized over prefab is the fact that your organizer can be designed to specifically fit whatever you’re putting in it. Everything fits easily with next-to-no effort – instead of your having to bend and twist stuff to cram it in (and still ending up vaguely dissatisfied with the results, because that space was never intended for that type of item).

Not sure if customized is worth the extra effort? Worried that it’s going to be too expensive? We’ll talk about the concept of “investing” in your organizational system (and I don’t just mean the kind of investing that requires cash) in the next post…